The Rafters are a folk-pop singer / songwriter duo of Miki and Dave Fitzgibbons met in college and have been playing shows all over the Northeast US ever since. Miki’s compelling lead vocals and thoughtfully crafted lyrics are backed by husband Dave’s atmospheric guitar and vocal harmonies.  Their latest EP “Departing”, (produced and mixed by Crit Harmon) was preceded by 3 self-produced CD’s and one LIVE CD.

"Departing" is defined as: to leave, typically in order to start a journey. In releasing "Departing" The Rafters have begun their journey into a new musical space built on a modern pallet of sound. Working with acclaimed producer Crit Harmon, Crit has started The Rafters on a path of finding the sonic voice within the music.

“Miki’s voice is simply a pleasure to listen to, regardless of the lyric - the tone is enveloping, authentic and without pretense, and that’s rare. It’s a voice that is comfortable saying profound things.” Lorne Entress - Producer - Drummer

"There’s something neat about The Rafters’ ability to lay down folk harmonies underscored by a rock sensibility. Listening to the band’s most recent album, “Departing,” reveals a series of small musical journeys, each one deeply personal and resonant with feeling. The album’s richly textured and marked by some beautiful, delicate guitar work, all of which makes it feel indelibly fresh and modern." Worcester Telegram

The Rafters have been gathering recognition being named a Falcon Ridge Folk Festival Emerging artist, a headline artist for the New England Acoustic Festival, and recently have taken top honors on the music site OurStage, placing #1 in the local Country and Americana categories and cracking the national top 15 in country! The Rafters have shared the stage with well-known names such as Peter Yarrow, Amy Ray (Indigo Girls), Joan Osborne, Lori McKenna, Ellis Paul, John Gorka and Meika Pauley. 2020 sees The Rafters back into the studio to start work on the next recordings and playing shows throughout New England. 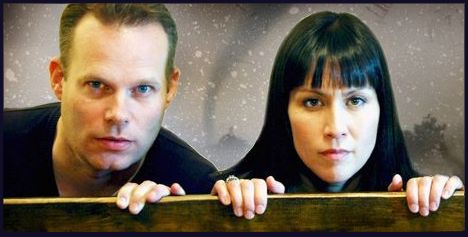